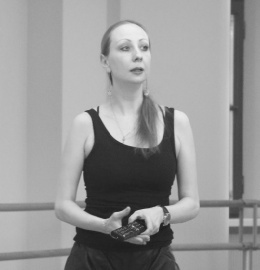 Elena has many years of experience as a tutor and as a teacher. 2013-2014 Elena was a tutor at the Academic Ballet Theater L.Jacobs on and teacher in Boris Eifman Dance Academy (classic dance, work with preparatory groups), from 2016 to 2019 she was a tutor at the Boris Eifman Theater, rehearsed with many troupe dancers, including Maria Abashova. Since 2019 Elena became a teacher at Vaganova Academy (classic dance).