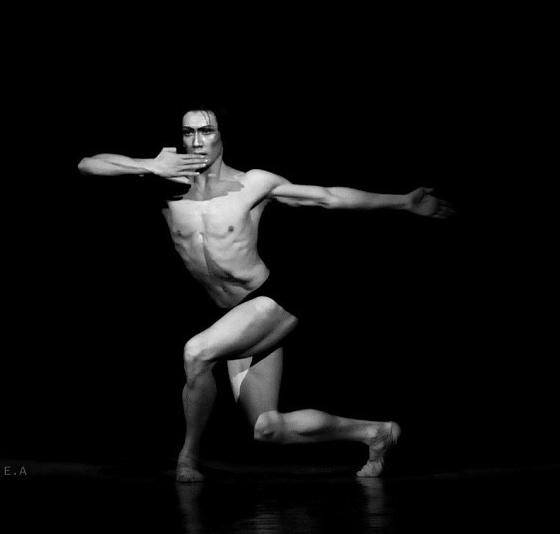 Aidos Zakan began his training in1997 at Anna Selezneva School in Almaty, Kazachstan, and graduated in 2005 from Vaganova Academy of Ballet in St. Petersburg, Russia.

2006-2009 he was a soloist at Musa Dshalil theatre before joining Mikhaylovskiy Theatre, St. Petersburg in 2009. 2010, he became a member of Stanislavski- and Nemirovich-Danchenko theatre, Moscow and in 2013 was engaged as a soloist with Boston Ballet company. His repertoire comprises parts as Siegfried („Swan Lake“), Prince Désiré in „Sleeping Beauty“, Albert in „Giselle“, James in „La Sylphide“ and Basile in „Don Quichotte“.

At the Vaganova Competition 2006 he was awarded with the prizes.

Other awards include Arabesque-2010 in Donetsk, Ukraine, and Korean International ballet competition in 2010 and 2011.

In december 2015, Aidos joined Aalto Ballett Essen as a soloist with group commitments and has performed roles like Karl („The Nutcracker“), Basile („Don Quichotte“) and solistic parts in „Queen“.