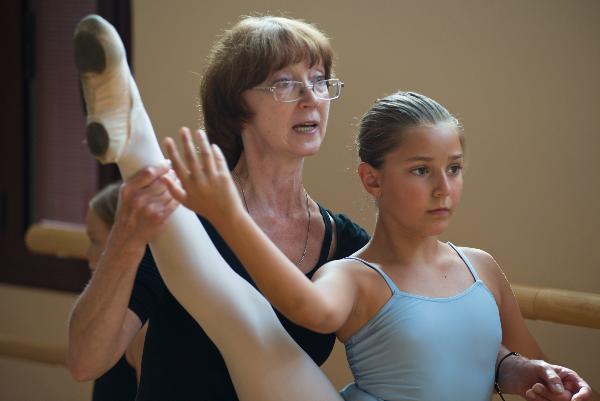 One more award for our work: Natalia Pavlikova, one of the most award-winning teachers, winner of the most prestigious in the world of ballet national and international awards:
> FIRST PRIZE WINNER (2012) “THE BEST EDUCATIONAL WORK OF ALL RUSSIA”.
> AWARD WINNER “TEACHING SKILLS TO HIGH 2008″. International Festival Competition “Coast of Hope” (St.Petersburg, Russia).
> WINNING PRIZE “FOR HIGH PROFESSIONALISM” (OF ALL RUSSIA), festival of competition “Frost 2009″ (Kazan)
> CERTIFICATE OF MERIT OF THE MINISTRY OF THE RUSSIAN FEDERATION AND THE RUSSIAN UNION OF WORKERS OF CULTURE.
> ARTISTIC DIRECTOR AT THE HIGH SCHOOL OF DANCE Dyagilev in Yekaterinburg.
> AND MANY MORE AWARDS AND ACHIEVEMENTS AS THEIR OWN BOTH STUDENTS …

After graduating in 1978 from the Academy of Perm worked in theaters under the command of acknowledged masters of choreography, as I.Belsky, N.Kasatkina, V.Vasilyev and Jerry Bevington (USA), George Aleksidze ( Georgia), Armando Jorge (Portugal), Alla Sigalova (Russia), Lucas Vedzhetti (Italy), Pal Frenak (France), Karine Saporta (France)., as Coryphée danced all classic and contemporary repertory of this time.

A part of his long and brilliant career as a dancer she graduated in 1993 at the Faculty of Art History.

Fireproof, meticulous perfectionist and, since 2002 and currently continues to refine its qualities of teaching at the Vaganova Academy.

Since 1996 she started her career of ballet teacher, highlighting both that soon became ARTISTIC DIRECTOR AT THE HIGH SCHOOL OF DANCE Dyagilev in Yekaterinburg.

She has composed many choreographic pieces that have gained international recognition.
Winner of numerous international awards:
* Festival “Bravo!” Monpellier (France) as “” Best Actress of the Year ”
N.Pavlikova your teaching career highlights:
2008 – Winner of “Regarding high pedagogical skills” International Festival Competition “Coast of Hope” (St.Petersburg, Russia) award.
2009 – Winner of “For high professionalism” All-Russian festival of “Frost 2009″ (Kazan) competition; Certificate of Merit from the Ministry of the Russian Federation and the Russian Union of cultural workers;
2011 – Diploma “For the preservation of the classical heritage” International Festival Competition “Dance Exclusive ‘; First prize for the teaching of international competition “festivapya (Prague) – dance festival”;
2011 – Diploma of II Degree of regional competition on the program and educational activities to ensure art schools for children;
2012 – Winner of “Best choreography” International Competition of classical dance “invites Nutcracker”; AWARD WINNER “To the best pedagogical work” of all Russia, choreography contest “falling stars”.

The students of Natalia Pavlikova successfully continue their studies in Perm and Vaganova Academy plus many other prestigious institutions.
Students in NAPavlikovoy he was awarded the following diplomas and certificates:
2008 – Grand Prize at the International Festival “Costa de la Esperanza” (St. Petersburg); Grade I winners IV International Festival-Contest “Amistad. The sun. The world” (Bulgaria) .; winners of the regional contest “Ural Stars”;
2009 – Winner of the First Grade All-Russian Festival-Contest “Jack Frost” (Kazan);
2011 – The winners of the I and II degree of the International Festival Competition “Dance Exclusive ‘;.
2012 – Winner of II degree of the International Competition of classical dance “invites Nutcracker”; Grand Prix of the All-Russian Contest of choreography “falling stars”;
2013 – Winner of Title III of the regional festival-contest “Spring Fantasy”.

Russian Masters, Where everything is possible.
INTENSIVES
Summer Intensives → Alicante