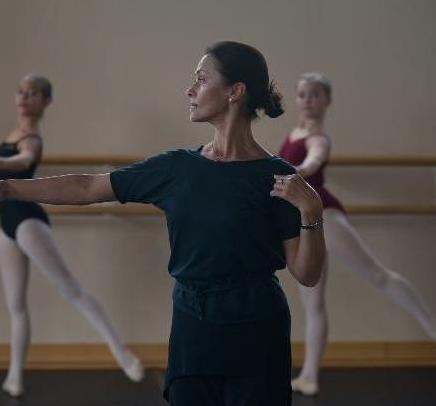 • Teacher of the School of Classical Ballet N.A. Dolgushina
• Former soloist of several ballet companies
• Graduated as a teacher and artist from the Vaganova Academy
Winner of “The Best Teacher of Complementary Education" award by the city hall of St. Petersburg (2012)
Winner of the Educational Achievements Competition (2012)

Svetlana Efimova was born in Leningrad in 1966. She graduated from the Vaganova Academy (Professor A. I. Trofimova, 1984).
During 1990 - 1992 she was a soloist of the theatre "Russky Ballet" in St. Petersburg. Then for a year she developed her career as a ballet dancer at the Symphony State Capella of St. Petersburg under the leadership of Georgy Aleksidze. Until 1998 Svetlana danced in the Maliy Ballet of the Mariinsky Theatre and then until 2008 she worked at the Ballet Theatre of Konstantin Tachkin in St. Petersburg.

She graduated from the Faculty of Education of the Vaganova Ballet Academy (2010). Since 2008 Svetlana has been a teacher and tutor of the School of Classical Ballet where she has acquired an extensive pedagogical practice as well as vast experience in teaching methods.