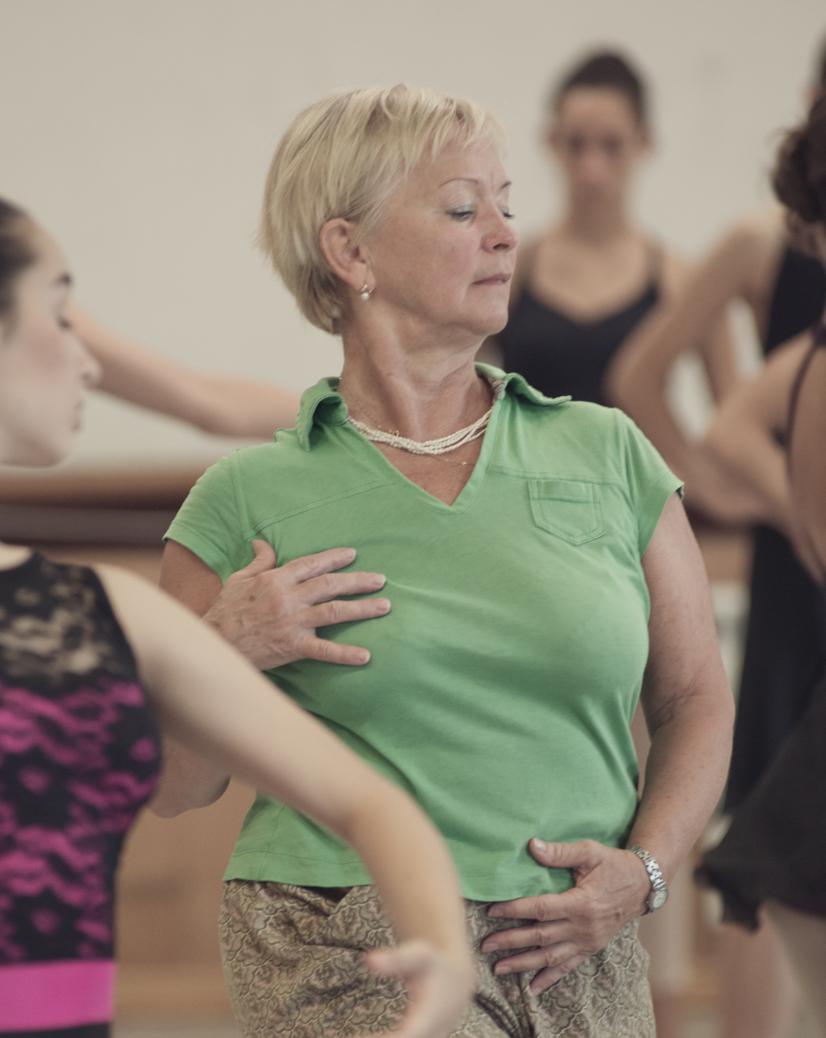 • Senior teacher and methodologist at the Eifman Ballet Company
• Former prima ballerina
• Honored Artist of Russia
• Graduated as a teacher and artist from the Vaganova Academy
During more than 25 years she was the main tutor of one of the most important neoclassical dance theatres, in Saint Petersburg.

She graduated from the Vaganova Academy in 1967. And from this time was the first dancer in the Chamber Ballet directed by Gusev, where she danced leading roles in ballets such as Giselle, Don Quijote, Korsar and others. Since the 70´s she was the first dancer in the most prestigious theaters; She was the big star in“Choreographic Miniatures” of Leonid Yakobson, an excellent and very recognized worldwide choreographer. In most ballet encyclopedias she was considered as one of the most virtuous ballerinas of the XX century. She is a big living legend of ballet, and it´s a real honor to have her in our course.

Since the end of her dance career until today, Tatiana has excelled and left an indelible mark as a mentor and tutor of many professional artists, giving them the stamp of ballet stars.

She has given large number of master classes all over the world: United States , European Union countries, Japan and others.

Among her disciples we can highlight:  Natalia Osipova,Vera Arbuzova, Nina Zmievets, Svetlana Bednenko and other soloists of the big theaters like Eifman Ballet, Mikhailovsky Theatre, Jacobson Ballet Theatre etc.