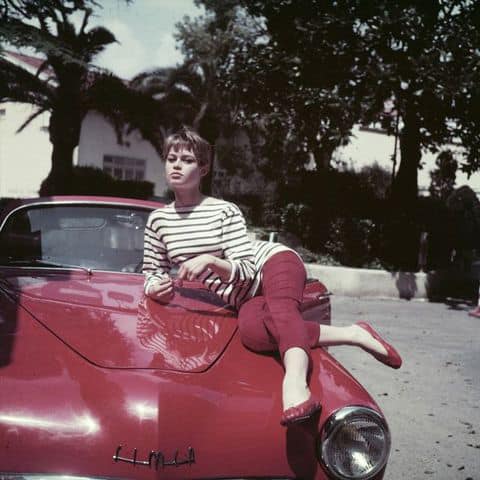 Have you heard of Repetto the French fashion company that specialises in footwear? Today we’d like to tell you the beautiful story behind its foundation.

In the late 1940s, the aspiring French dancer named Roland Petit (yes, the Roland Petit) once complained about the uncomfortable dance shoes that made him suffer during the rehearsals. His mother decided to help his sore feet and sewed some slippers for her son. They turned out to be so comfortable that Roland Petit insisted on her making this her profession. In 1947, Rose Repetto on the advice of her son opened a tiny workshop in Paris.

In 1956, she created a pair of ballerina flats (so-called “Cinderella” flats) that became insanely popular after they had been worn by the famous French actress trained to be a dancer Brigitte Bardot in the film “And God Created the Woman”. In 1959, a boutique of Repetto opened up in Paris, the one you can visit even today.

Now Repetto is the official supplier of the ballet shoes of the Paris Opera and Rome Opera Ballets. Have you ever tried Repetto shoes?